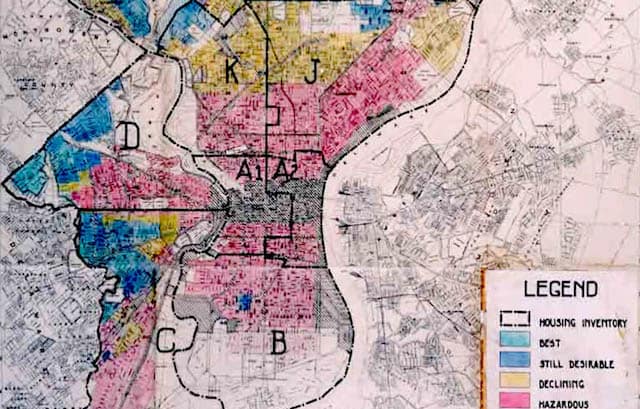 Just Over a Century Ago

From 150 years ago to today, the face of America has changed dramatically. The majority of U.S. workers used to beÂ farmers – mom and dad canned tomatoes and broke down meat in the kitchen while the children fed the calves in the field. Communities featured prominent town squares with markets in proximity to the places people lived and gathered. Fast forward through the last century and the rise of industrial agricultural has both enabled the production of a surplus food supply and led to a convenience culture featuring processed and highly refined food products. The creation of the national freeway system and suburbia paved the way for the car as the primary mode of transportation, and a necessary one for accessing goods and services outside the suburban grid.

What spurred these changes in American society and what has been the impact?

The modern American lifestyle has become ubiquitous. To a large degree, physical activity has been engineered out of our lives and we are no longer so intimately connected to our food sources, or our fellow human beings.Â We sit in cars and drive, often alone, to our office or other destinations. Once there, we enter through automatic doors, take the elevator to our office, and sit (depending on the job) at a desk for eight hours before repeating the same pattern to get home. Once home, many of usÂ take up a spot on the couch, often by ourselves, to watch the lives of others play out on TV. The kids are in their room playing on their phones or with their video games. If we need something at the store we get in the car and drive.

The Birth of Zoning and Planning

During the industrial era of the 19th century, it became clear that infectious disease outbreaks, like cholera, were outcomes of unsanitary conditions. Imagine living in a place where the streets are lined with horse manure, where you’re breathing in air shared with coal, chemical or other factories, and where outhouses and cesspools (or “soak pits”) just outside your door are used to collect and hold human excrement from the neighborhood.

Seeing the squalor and with the growing understanding of the links between sanitation and disease, doctors, sanitarians and engineers came together to develop innovative solutions. This included the introduction of sewer systems, building design improvements, and the emergence of zoning to separate the places where people lived from the factories where they worked. Zoning ordinances were enacted by local authorities and used to determine what land could be used for what purposes (e.g. retail, residential, industrial). A Supreme Court case in 1926, Ambler Realty Co v. Village of Euclid, further solidified the legal basis for zoning and for placingÂ the power for zoning in the hands of the state. At this point in history, both public health and planning were driven by the goal to improve health (Schilling and Linton, 2005).

While the combination of these changes led to significant decreases in infectious disease in the United States, which were at the time the leading causes of death, there have been negative consequences, some unintended, some not.

May the Societal Force be With You (or Against You)

Today many (but not all) of us enjoy the benefits of the changes that were made by public health and planning in the 19th and 20th centuries – no longer do we have to worry about a large outbreak of cholera (notice I didn’t say measles…). However, other consequences have resultedÂ fromÂ the new social, economic, and structural territory our country entered into when these changes were made. And it’s about more than the chronic disease epidemic, which is tied to our sedentary, convenience culture.

We especially see the consequences in our low-income and primarily minority neighborhoods that lack access to sidewalks, grocery stores with healthier options, doctors offices, quality education, and high paying jobs. These issues stem, in part, from the separation of residence and industry, requiring transport of goods and services over a distance. But they also stem from social and racial injustices that have manifested in multiple ways throughout our history, including through the practice of zoning. Illegal exclusionary zoning practices in several communities meant discrimination against racial or ethnic minorities and low-income families. These practices barred “undesirable” populations from moving to certain neighborhoods.

“White flight” in the 1950s saw middle and upper class Caucasian families moving to the suburbs, taking many jobs and services with them. This further segregated our communities (despite the end of segregation in 1954, legally) and exacerbated inequities between them. This is highlighted by the fact that today we can use zip code to accurately determine the life expectancy of the people who live there, with stark differences by race and income. Even today we can see the dividing lines that were set through local zoning, housing, and investment policy. Just take a look at Troost in Kansas City and the “restrictive convenants” implemented by J.C. Nichols, and the practice of redlining in Wyandotte County, Kansas. The decisions of the last century are still impacting the ability of low-income, communities of color to thrive.

There is one basic principle that we should understand regardless of how well-thought out our policies or how good our intentions – people are continuously shaping society and society is continuously shaping people in a two-way feedback loop. This means you can enact a policy with the best of intentions and the social powers that be will influence how that policy plays out in reality, for better or worse.

In my last post, “In Their Shoes,” I described how two forces, ideology and cosmology, led to and inform the society we have today because they shape our beliefs about who we are as people and a society. It’s these forces that shape our culture and drive how policies play out in people’s lives. So while segregation had legally ended in 1954, racial tensions and racism led to the use of zoning policy by the majority group in power to perpetuate it, and to perpetuate what was seen as a specific cultural identity.

While the increase in industrial technology and the birth of planning led to major societal and public health improvements, the consequences go beyond a convenience culture tied to chronic disease. The differences in social and health outcomes between white and minority or between upper and lower income communities are the result of racially- and financially-motivated decisions made by real people.

We have an opportunity to take action to reduce the negative consequences that resulted from the decisions of the last century. It’s critical as we work to solve issues that there are very intentional conversations at every point in the decision-making process that assess existing social forces, call out bias, and identify links to health and social equity, while also educating and holding decision-makers accountable.

In one of my next posts I’ll talk about ways we can include social and health equity in the conversation and let it inform the decision-making process.

In Their Shoes: Why the Stories People Tell Matter More than Your Statistics