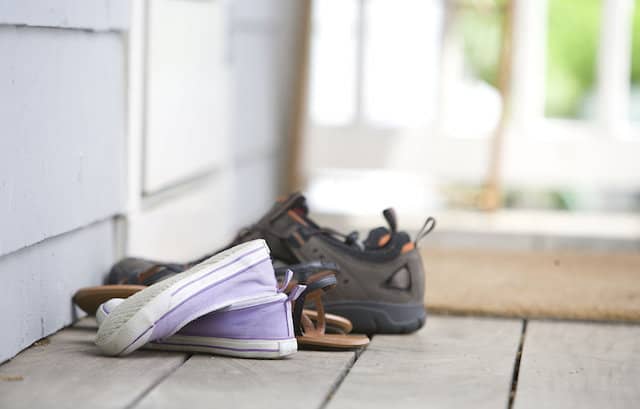 Everything that’s happening today, whether it’s chronic disease, measles outbreaks, fake news, climate change response or immigration raids, can be thought of as consequences of two underlying forces – the stories we learn to tell ourselves about our society (ideology), and the meaning, purpose, and place we give ourselves in it (cosmology).

Is that a bold statement?

Ideology: a set of beliefs and values held by an individual, group, or society about reality
Cosmology: in philosophy and anthropology, individual or collective beliefs, ideology, or practices about/related to the nature and origin of the universe

Think about anti-vaxxers for instance. What we know is that nine vaccine-preventable diseases for which vaccines have been recommended for use in children have seen dramatic declines in the U.S. by 95% or greater, as of a 1999 CDC MMWR report (in some cases 100%, including the Measles)(MMWR, 1999). So how could a group of primarily wealthy and educated individuals think that vaccines are bad for their children?

Anti-vaccination and other prevailing groups of the time will often share several common, interwoven values and beliefs (ideology). In the case of the anti-vaxxers or the vaccine hesitant, there is often a fear of government and big pharma, and a belief that until more research is done to â€œproveâ€ vaccines donâ€™t cause autism or that the very tiny amount of mercury found in some vaccines doesn’t hurt people, itâ€™s safer to remain unvaccinated (go the “natural” route) and risk getting the measles. Even when we can refute claims with research and data, these groups hold to their beliefs. Why?

When a group of people share a common ideology, and a practice of society lies outside of the values and beliefs within that ideology, data is unlikely to make a difference except to those sitting on the fence. The experiences of a few told in a compelling way will override the statistics almost every time, or create enough confusion to cause doubt. And in an era where our thoughts and experiences can be readily communicated to a wide audience, is it any wonder that many of us are confused as to what we should believe? These ideologies are often rooted in cosmological beliefs that we aren’t even aware of on a day-to-day basis, and they drive notions about who we are (or should be) as a society. Take the belief among a subset of anti-vaxxers that vaccines are unnatural. We could tie this to a “survival of the fittest” or Darwinist belief that our evolution as a species depends on only the strongest living and procreating. I doubt someone with an anti-vaccination perspective (though maybe a few) would state this belief, yet these types of beliefs inform our ideologies, and ultimately our actions, all the same.

When I was at NACCHO’s annual conference a few weeks ago, a speaker discussed the idea of “framing.” In essence, it matters how you say and present things. Unless and until we understand the interplay of what we learn to believe about society and our place in it, and the prevailing cultural and political climate of the time, and how this all informs the thoughts and actions of people, the likely result of our efforts to counter those stories is an ideological digging in of the heels. Sure, we can enact laws in cases where immediate action is needed to protect society (something we are seeing in states like Washington, Maine, and New York in response to infectious disease outbreaks), but enacting laws isn’t the complete solution because they can be changed and loopholes found (how many people truly have a legitimate religious exemption for vaccination).

Even if there is a “win” for public health or social justice, the ideology of those who are against it will still exist, either operating below the mainstream radar (which we could argue is more dangerous) or pushing back until there is a cultural shift that allows that belief to gain ground once again. It’s no surprise then that anti-vaccination beliefs have been around for hundreds of years across multiple nations. This isn’t new but it is a new wave that’s gained steam due to the cultural (including technological) and political forces that be.

So the next time you respond to public health or social crises in the community, consider this:

Understand the Narrative, Then Tell Your Own

When we understand the stories people tell and how deeply those stories are rooted in our everyday existence, it opens a door to how and why people who believe vaccines cause autism or that immigrants are stealing jobs think the way that they do and what drives them. In a divisive time in our history, what could matter more than understanding those drives and engaging meaningfully in the conversation? This understanding should give us a strong clue to how we can be more effective in public health and social equity – telling the story of what has and can be accomplished from the perspective of real people. This idea of story-telling isn’t new. It’s a key part of human culture (predating writing). It’s also something I’ve seen the public health field, by and large, fail to successfully implement.

In this way, the saying, “put yourself in someone else’s shoes,” takes on deeper meaning but it doesn’t mean being okay with the actions of people who may be causing harm (often unintentionally) to others. It means realizing that what people think and do is strongly tied to what they believe about themselves and the world they live in (which may be very different from the world you live in, but real all the same), and that learning how to tell your own story is more key to shaping the course of our society than statistics alone will ever be.

Turning the Tables on Systemic Injustices: How Health in All Policies Can Promote Equity