Baby boomers are starting to retire and with that comes the Â challenge of supporting their needs. When most of us think of our parents or grandparents aging, I’m guessing we picture them in a Â suburban home or, eventually perhaps, a care facility just down the road. What if, like many young people today migrating to cities, our elders instead choose to see their retirement years out in an urban center? END_OF_DOCUMENT_TOKEN_TO_BE_REPLACED 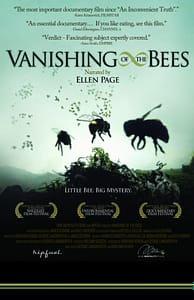 Four years ago, the United States government held the first congressional hearing on Colony Collapse Disorder (CCD), an as yet unknown affliction responsible for the devastating and sudden losses of native honeybees, which mysteriously disappear and never return to their hives. While the news has been relatively silent on CCD the past couple of years, thereâ€™s been a resurgence of other media around this phenomenon, including â€œVanishing of the Bees,â€ a documentary film directed by George Langworthy and Maryam Heinen and narrated by actress Ellen Page (â€œInceptionâ€ and â€œJunoâ€). END_OF_DOCUMENT_TOKEN_TO_BE_REPLACED

A blog about topics in sustainability.  Check back soon - coming this summer.